Sika provide the same great taste as Elk for less than half the price! 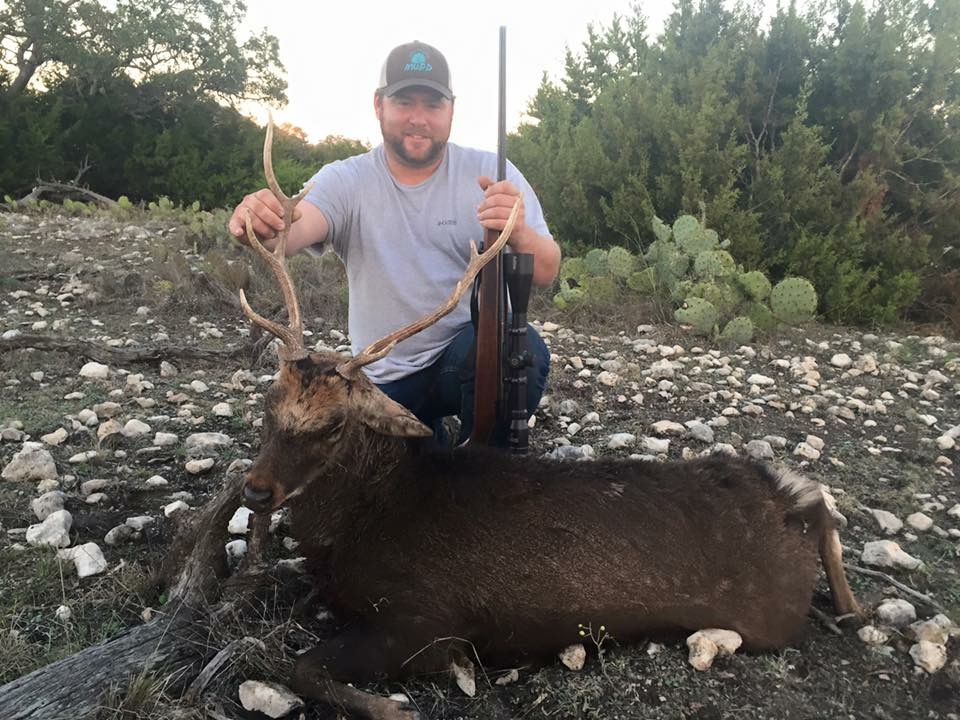 The term Texas Sika hunts encompasses a broad label of 4 subspecies of Sika which has caused confusion in the industry while searching for a Sika hunt in Texas. The most common Texas Sika hunt and a popular choice for BWGS clients is the Texas Japanese Sika Hunts. Don't let the fact that the Japenese Sika is the smallest of the subspecies. This animal is still magnificent and your friends and family will praise you at the dinner table!

What to Expect from our Sika Hunts

Hunting Japanese Sika is much like hunting Texas whitetail deer. You're going to want to book your trip anywhere from October through January. The term Sika means "minature elk" so prepare yourself for an animal that enjoys being vocal, playing in the mud, and is very aggressive towards the other species. Sika in general are feeder hogs and the majority of our clients are able to harvest their trophy while sitting in one of our blinds over looking a bait station.

Join us for an amazing Texas Sika Hunt adventure. The Japanese Sika at BWGS are some of the biggest in the state and our pricing cannot be matched for the quality provided. You can enjoy this hunt for as little as $250 per day which includes lodging, meals, guide, transportation, and game care.

$2750 is the additional harvest fee after bag your new Japanese Sika. Don't worry though, we don't charge additional fees depending on the size. The $1950 is a flat fee even if we shoot the new world record!

Add a Japanese Sika doe to your hunt for only $600!

Sika deer (Cervus nippon) are similar to invasive Axis deer (Axis axis) in appearance with white spots present on the back through adulthood. However, sika deer have a black stripe down the back where the spine would be and a white patch on the posterior end surrounded by black hair. The overall body color of sika deer is tan to brown that becomes gray in the winter. Adult male sika deer have antlers with horns pointing forward (anteriorly) instead of inwards or towards the ears.

Sika deer are known to live in small to large herds or individually. Herds form and become larger in the fall and winter months creating dense populations. Breeding season is identified by characterisitc rut behavior exhibited by male sika deer from late August to October. Males will compete with other males for females by selecting a mating territory and defending it by parallel walking, screaming, and eventually fighting. Male-male competitions are very aggressive and can often result in the death of the losing stag. Mating occurs post-competition with litters of one calf born in May or June.

Sika deer are native to Japan and Southern Sibera, but have spread to over 77 countries due to intentional introduction for game food or accidentally because of habitat loss. In the state of Texas, sika deer became established rapidly due to favorable environmental conditions with free range populations reaching over 11,000 by 1988.