Some of the most popular ranches in the state contact our property to purchase rams in order to increase the genetics in their herd. 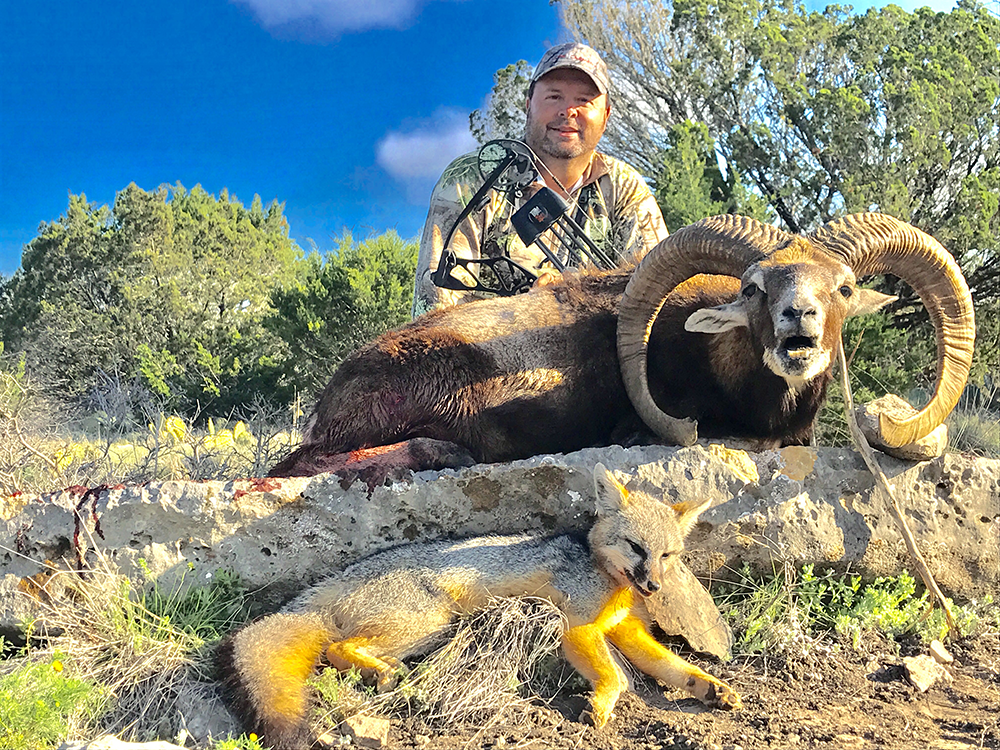 About our Texas Mouflon Hunts

The original beauty in the industries sheep world. The auburn color. The snow white saddle patch. Mouflon have it all and BWGS has more Texas Mouflon Hunts available in Rocksprings that most other ranches combined.

With an abundance of sheep, BWGS is home to the best Texas Mouflon Hunts in our state. With over 300 Mouflon on one property, BWGS gives you the option to be patient, picky, and productive while hunting Mouflon in Texas. A fast, brush diving species like the Mouflon is no easy challenge, especially if you are looking for one of our giants, however considering we harvest over 40 mature rams each year, your chances are more than optimal on this Texas Mouflon Hunt.

Averaging 25 - 34 inches the Mouflon is a species of true beauty. When taking an animal of this majesty, the trophy is not only based on horn size but also coat, beard, mass, length...the whole nine yards. To each their own when hunting this creature.

More Information about the Texas Mouflon

Research indicates that Mouflon Sheep are one of the original sheep from which breeds of domestic sheep descended.

The mouflon is thought to be one of two original ancestors of all modern day sheep. It originated on the islands of Corsica, Sardina, and Cyprus, but has recently been introduced in much of Europe. Like most wild sheep, the mouflon lives in mountainous terrain, usually above the tree line or in mountain meadows. In Corsica it lives on steep-sided rocky peaks, where it is protected from predators.

Mouflons have a red-brown color with a dark area along its back, and lighter colored side patches. Its underparts are white as well as the bottom half of their legs. It has a white muzzle and white circles around its eyes.

The males and females have horns, but those of the males are larger. The curved, spiral horns are usually around 25 inches in length and are arch back over its head. The mouflon's horns don't flare out at the end as most wild sheep's do. The size of a male mouflon's horns determine his status in the group.

A mouflon is about the size of a medium sheep with a weight range of 55-120 pounds. They are 4-5 feet long, and stand about 2-4 feet tall at the shoulders. They have a rough coat, and during the winter grow a woolly under coat that keeps them warm.

The males and females live in separate groups and only come together during mating season. The ewes will usually have the better foraging grounds because their health is more important for reproduction. Mouflon mate, or go through a rut, in late autumn to early winter. The rams' dominance is determined by his age and the size of his horns. They will crash their horns together to re-enforce dominance. The ewes don't mate until they are about 2-3 years old. Males don't mate until they are about 7 years old because they have to establish a strong social standing before being allowed to mate with a female. The ewes are pregnant 210 days and can give birth to either one, or twin lambs. The ewe will go into cover to have her lamb which is up on its feet within minutes after birth.

*The mouflon's diet is tough. Being a herbivore, it grazes on short grasses, heather, and shrubs. It has a multi-chambered stomach with special microbes that break down the cellulose of the plant cell walls. After it has eaten its fill, the mouflon will lie down somewhere, and regurgitate its food, chewing it a second time to soften it some more. It then swallows it again for the last time.