Bring your dogs, guns, and shells to join us on one of our fantastic properties this year. You will not be disappointed in the property, birds, or services received while participating in your adventure with Black Water Guide Service. 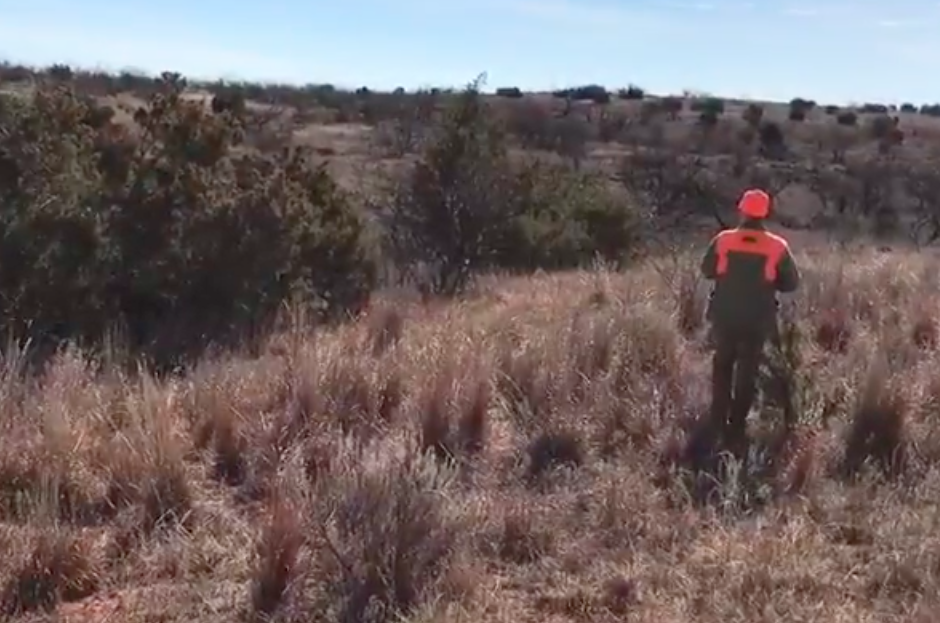 About our Texas Quail Hunts

With the decline in the Texas wild quail population, most outfits are required to run quail hunts for pen raised birds.  The beauty of hunting with Black Water Guide Service is our ability to provide you with property that is covered up in truly wild quail.

We never have and never will claim to know everything there is about wild quail and upland bird hunting in general.  However, we have the resources needed (the wild quail), to provide a fantastic quail hunting opportunity for those wanting an opportunity at native birds in an uninhibited habitat.

Bobwhite wild quail hunting can be hit or miss in Texas considering our population strongholds occur on the very western edge of their distribution in the U.S. Weather plays a key role in the annual boom-bust cycle in these semi-arid regions where two to three consecutive years of favorable conditions usually results in a boom year. There are still vast expanses of suitable bobwhite habitat in the rangelands of South Texas and in the Rolling Plains, where in some years over a hundred thousand hunters pursue these wary game birds.

The 2015 season was great one in most areas of both south Texas and the Rolling Plains where wild quail populations definitely could be described as having a “boom” year. Excellent hunts were reported across both regions along with good to excellent hunt reports from native prairie sites on the central Gulf Coast. Heading into 2016, late winter and spring rainfall produced exceptional nesting cover, ample winter forage and lots of insects. Most of the state experienced below average summer temperatures and above average summer rainfall. A combination that equates to high wild quail production and survival. Hens had ample time to pull off a successful clutch during a wide window of nesting opportunity.

The average number of bobwhites observed per route was 50.2 compared to 38 last year. This sets a new record high for the survey in this region. The second highest year on record is now 1987 when 49.5 bobs per route were observed. Hunters should make an extra effort to spend time afield this season and take advantage of this phenomenon. Public hunting opportunities can be found at the Gene Howe and the Matador Wildlife Management Areas (WMA) where staff surveys have documented high numbers of quail relative to past years.

Much of south Texas had an exceptional season last year with great hunts reported to the end of the season. Spring-summer nesting was reported across the region but field observations of broods were mixed. Weather conditions were variable across counties and many areas may have been too dry to support nesting and brooding activity in the later summer months. Despite differences in production, the sheer number of quail surviving from last year coupled with even minimal reproduction will likely make for an another good quail year.

The average number of bobwhites observed per route was 14 compared to 21 last year. This is below the LTM of 17.4 and suggests a slightly below average hunting season for the region as a whole. The Chaparral and the Daughtrey Wildlife Management Areas provide public quail hunting opportunities. Staff surveys on the Chaparral WMA recorded above average numbers of bobwhite on the area again this year.

Last season there was a significant boom in Scaled quail populations in response to excellent weather conditions. Carryover was good going into the breeding season and spring-summer nesting habitat was great for the second year in a row. Overall, field reports indicate vigorous scaled quail production similar to last year. Large broods and multiple age classes have been observed suggesting a wide window of nesting opportunity and high chick survival. The last time the survey recorder higher that 30 birds per route was 1981.

The average number of scaled quail observed per route was 30.5 compared to 28 last year. This well above the LTM of 16.2 and is predictive of an excellent year in the Trans Pecos. Public hunter opportunities can be found at Elephant Mountain and Black Gap Wildlife Management Areas where staff have observed robust scale quail populations.

Our surveys indicate that bobwhite numbers have fallen below average in the Gulf Prairies where only 3.8 bobwhites were observed per route compared to 14.9 last year. Although there was good carryover on the coast, quail production was likely adversely affected by too much rainfall in this region. However, field reports suggest there are huntable populations on well-drained sites. Hunters should focus on the central and lower coast in native prairie habitats.

The High Plains and Edwards Plateau reported a continued increase quail numbers. It has been over ten years since these levels have been recorded. Although there are certainly areas within each region of Texas where some quail hunting opportunity remains, this survey is not designed to detect changes in localized populations, especially in fragmented landscapes.

All info obtained from: http://tpwd.texas.gov/huntwild/hunt/planning/quail_forecast/forecast/